Self Help for PTSD 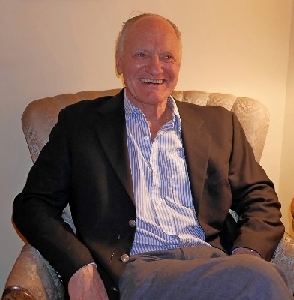 Our practical self-help videos might be a helpful addition to your anonymous stress management tool kit, if you say “yes” to the following questions:

1) Are you suffering from intrusive thoughts, insomnia, nightmares, flashbacks, irritability, anxiety, hyper-vigilance, depression, or addictions?
2) Do you experience sensations like tension, numbness, dizziness, trembling, smothering, sweating, choking, nausea, tingling, or chills?
3) Have you consulted with qualified medical personnel to eliminate possible physiological causes of your symptoms?
4) Have you been diagnosed as having depression, anxiety disorders, panic attacks, phobias, or Post Traumatic Stress Disorder (PTSD)?
5) Are you looking for tools to assist in healing the effects of trauma listed above?
6) Are you indirectly affected by the above situations, due to an emotional attachment to a person who is experiencing these problems first hand?

Please e-mail this page to anyone you think may answer “Yes” to the above questions.

The National Registry of Evidence-based Programs and Practices (NREPP) is an evidence-based repository and review system designed to provide the public with reliable information on mental health and substance abuse interventions. All interventions in the registry created by SAMHSA (Substance Abuse and Medical Health Services Administration) have met NREPP’s minimum requirements for review.

In 2007, NREPP identified Prolonged Exposure (PE) as an evidence-based therapy, during which people with PTSD imagine themselves being exposed to remembered trauma, and then prolong their actual exposure to the memory triggers they fear. All the reviewed studies showed that PE significantly reduced the severity of PTSD symptoms.

In 2010, NREPP published their review of the effectiveness of a therapy called Eye Movement, Desensitization and Reprocessing (EMDR), which employs dual-attention exercises to reduce the symptoms of PTSD. While focusing on a traumatic memory, the client is engaged in side-to-side eye movements, tapping of alternate hands, or listening to left to right auditory channels. The researchers concluded that veterans receiving EMDR had less severe and less frequent PTSD symptoms than their control group. focusing on the target traumatic memory

In 2016, NREPP published an effectiveness profile on Thought Field Therapy (TFT), a therapy that uses affirmations and acupressure to provide relief from psychological distress. Similar to the results of EMDR studies, the TFT research showed statistically significant decreases in the severity and frequency of trauma-related symptoms.

Although our protocols combine aspects of PE, EMDR and TFT, “emotionaltuning” cannot be considered an evidence-based therapy without similar research studies being conducted by certified NREPP reviewers. As outlined below in Video 0,”Introduction to Emotional Tuning,” our self-help videos also demonstrate aspects of several other therapies not yet listed in the registry, as well as techniques that are unique to emotionaltuning.