Just how difficult is it to shake post-traumatic stress disorder (PTSD)? Well, that depends upon the frequency, duration  and intensity of our stress injuries. Intensity varies with the nature of the stress, from war combat, torture and rape, to death, divorce and disease in our family, to minor losses of legal or financial freedom. It took me sixty years to discover and employ techniques  that would heal my accumulated stress injuries and then resolve my childhood traumas. 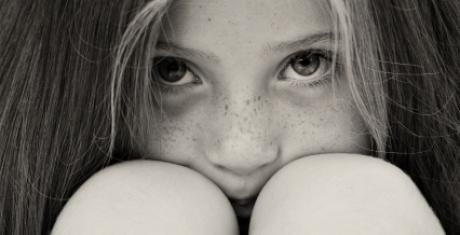 When I was seven years of age, my father died during a flashback to a catastrophic World War II battle. Witnessing his tragic death was an intense, one-time, short event, but it built upon my previous stressful experiences with his alcoholic and abusive behaviour. Subsequently, while still suffering guilt about praying for his death, I was sexually abused by a gang of several young boys. This was another intense, singular, short stressful experience, but it was followed by years of frequent bullying by anyone with a grudge against my uncle, the Chief of Police in Neepawa, Manitoba.

My father died in 1952. As I write this in 2016, I can reflect on my traumatic memories without anxiety, and no longer have an any other symptoms of PTSD. Has it been hard to shake the effects of my various stress injuries? Yes, but well worth the effort. At age 71, I have finally found peace & contentment.

I grew up to be anxious, studious teenager, constantly proving I was not a sissy by engaging  dangerous, stressful, risk-taking behaviours. In small town Manitoba , this often involved drinking, fighting, drag racing and climbing TV towers in the dark.

I escaped by winning a University scholarship, and although I  achieved top marks, I regularly lost my breakfast on the way to my Engineering class. Immediately after graduation, I married a divorcee, adopted her son, and in a few years was working for Shell Canada, out of a contractor’s office in Chicago. Diagnosed with a “nervous stomach”, I was an irritable workaholic, suffered insomnia, and was dependent upon tranquilizers, cigarettes and alcohol, just to cope with what might be considered normal life experiences.

Fortunately, my wife was learning breathing exercises to help relax during the birth of our second child. It was her preparation for natural childbirth that lead me to learn the “Progressive Relaxation” techniques developed by Dr. Edmund Jacobsen and started me on a long journey to heal my own complex PTSD. It was complex, because my symptoms were the effect of a series of stress injuries, accumulated over time, rather than one traumatic experience. It was only after hundreds of hours of therapy, meditation and yoga, and after becoming a psychotherapist/yoga instructor myself that I discovered the combination of therapies that would resolve my traumatic memories.

Since my own healing was progressing throughout the development of our energetic healing protocols, it is difficult for me to identify exactly which combination of techniques was  most effective in dealing with my complex PTSD. However, I have recently most found that our “laughter-shake” protocol is the most simple method for neutralizing recent stressful experiences, while peeling back layers of childhood trauma.

1) “Butterfly Lift” – Laying on our back, with legs bent, and soles of our feet together, we push down on the outside edges of our feet, to raise our buttocks high off the ground and lower them back down again, incorporating left to right rocking motions in time with our humming, to stress our psoas muscles.

2)  “Butterfly Quivering” – From the starting position of the lift, we raise our knees slowly towards each other, until they reach an angle ( usually between 45 and 90 degrees from the floor) where they begin to spontaneously quiver.

3) “Recalling Trauma”- As our legs begin to quiver, we search for feelings of fear, (or related emotions like, anger, grief, despair, confusion, shame, disgust and craving) and if possible recall the associated traumatic memory.

4) “Butterfly Shaking”- Upon recalling the feelings and or memories of trauma, we raise our knees further until our leg quiver intensifies into a spontaneous shake as the tension releases from our psoas muscles.

5) “Laughter-Shaking”- As the shaking increases, we begin to laugh heartily, allowing our shaking to magnify our laughter, and our laughter to intensify our shaking.

6) “Relaxing & Testing” – When our laughter-shaking subsides, we relax to enjoy the after affects. We can test the effectiveness of the protocol by noticing if  feelings of joy, peace and contentment persist when we recall our traumatic event.

Once you have become proficient at practicing the protocols in Video 5.2, please proceed to 6 ) “DISCHARGING PTSD”