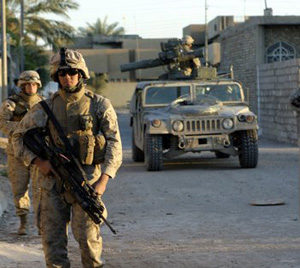 A young war veteran, let’s call him “Jake” was in a crowded Toronto mall in 2005, when he flashed back to the marketplace he used to patrol in Fallujah, Iraq. He met Frank Jr. at the Leaside Therapy Centre asking for help with his post-traumatic stress disorder (PTSD). He had been medicating himself for insomnia, suffered from nightmares and was clearly hyper vigilant.

After Frank demonstrated the emotional tuning program, Jake tuned in to six scenarios of current concern and reduced his anxiety levels from about 8.5 on a ten point scale, to zero in each case, sometimes with just one round of the procedure.

He worked first on his memory of the mall flashback, and then recalled his Fallujah marketplace patrols. He then shifted from recalling actual events, to tuning into his nightmares of pursuit and capture. Finally, he dealt with a couple of current performance anxiety concerns, including being interviewed by the media about his post-military experiences.

There is no question that Jake was a quick study. During the week after the first session, he practiced on his own what he referred to as “the drill”, and tuned into other disturbing memories, dreams and situations. When Jake returned for his second session with Frank, he had nothing much left to work on.

He had gone back to the mall, walking about without any flashbacks. He had also used emotional tuning program to ground himself before making public presentations. He had applied it to a number of disturbing memories, and could now describe, in detail, horrific situations that he couldn’t discuss before without getting anxious. His wife had even told him that he seemed like “the old Jake” again.

Frank contacted Jake about four years later to find that he found comfort working in quiet rural environments and used the emotional tuning routine whenever he felt himself “starting to slide”. 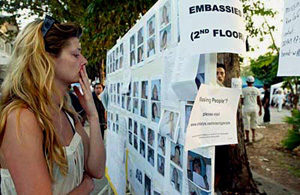 After the Indian Ocean earthquake of Dec 26, 2004, Frank Jr. created the Tsunami Therapy Network, comprised of about fifty therapists across Canada, who volunteered to do pro-bono work with survivors. He found that the same protocol that worked for soldiers with PTSD also helped survivors of the tsunami natural disaster.